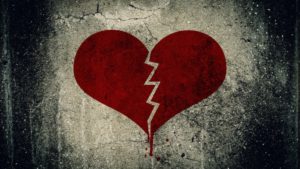 Six Things to Know Before A Divorce in Mississippi

The divorce may not be guaranteed:

Divorce in Mississippi offers eleven possible grounds for fault-based divorce.  These are impotence, adultery, incarceration, desertion, habitual drunkenness, habitual drug use, cruelty, mental illness, bigamy, pregnancy by someone else at the time of the marriage, blood relationship to your spouse, and insanity at the time of marriage. There is also a no-fault divorce called “irreconcilable differences”, but this can only be obtained if both parties agree to the divorce.   Mississippi courts will only grant a divorce if the parties agree or you prove at least one of the fault-based grounds.  If there’s not agreement and you cannot prove one of the grounds, the court will deny the divorce.

No one wins in a divorce. By its very nature is an exercise in dividing the whole of the assets and time with children such that no one leaves the marriage with exactly what they had during.  Of course, when someone makes the difficult decision to leave a marriage there are multiple factors which have brought someone to that determination.  However, there is simply no way around the fact that a divorce does not produce winners, but rather an ending.

It will take longer than you want:

In Mississippi, even for an irreconcilable differences divorce to be finalize, the complaint must be on file for at least 60-days. This is usually in addition to the months that the parties have gathered the relevant financial information and negotiated the settlement agreement.  In short, no form of divorce is fast.  Even those where the parties agree to everything can take several months.  And of course, if there is a dispute as to custody or property distribution that requires a trial, the process can take much longer.

Consider the impact on the children:

To their credit parents often start the divorce process not wanting to effect the children.  Unfortunately, this is rarely achieved, regardless of whether custody and visitation are contested.  The fact is that the divorce will change children’s schedules.  The children will travel from one home to the other during their regular visits.  There they will have new houses, rooms in perhaps entirely different towns.  And due to visitation exchanges during holidays, long-held tradition are abandoned.

Gather the assets and liabilities:

The first step in any divorce is to determine the assets and debts of the parties.  This may include your home’s equity, investments, vehicles, boats, household items, mortgages, vehicle loans, credit cards and other such debts.  Once these are determined, the process can begin of how to share these between the parties in the divorce agreement.  There are many ways in which this can be done and it depends very much on each parties’ circumstances.

Allowing a judge to decide the outcome may not be the most desired way to resolve your differences.  Be willing to consider a negotiated settlement.  This is often faster and cheaper than a trial in which a judge determines your fate.

Mediation is a growing method to negotiate settlements in divorce cases.  Mediation may be best described as an assisted settlement discussion.  During a mediation, the third-party neutral assists the parties reach a resolution of the outstanding issues.

A negotiated settlement provides the parties a method to work toward a resolution.  By working with one another the parties gain some control in the outcome of the case.  In many cases a negotiated resolution is a faster method to resolving the issues which allows the parties to move on with their lives.

For more information about divorce in  Mississippi