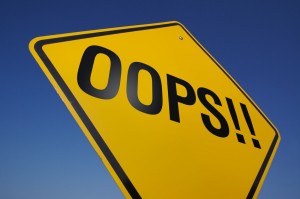 It’s a big weekend here in Oxford. The Ole Miss Rebels take on Alabama’s Crimson Tide and ESPN’s Game Day will be here to kick of an exciting weekend.  However, with a big win, will come a big celebration.  But don’t let that celebration end badly.

Mississippi’s New DUI laws went into effect earlier this week so take a minute and keep these in mind.  The new provisions are controversial to say the least, as many believe the new fines and requirements drastically punish first time offenders. In a sort of balancing act, however, the law provides opportunities to those who are eligible. The major changes involve the ability to non-adjudicate and/or expunge a first DUI that meets certain criteria, and the newly required ignition-interlock system, which will completely reshape the DUI landscape of Mississippi enforcement.
The Oxford Police Department has long implemented a two-man special task force who patrol the roads for the specific purpose of DUI enforcement. Safety is the chief concern in most any university town. Under Mississippi Code Annotated § 63-11-30, it is unlawful for a person to drive or otherwise operate a vehicle within this state if the person:

Under the new law, after a person is convicted of a first offense DUI, the Court will order him or her to:

1) Pay a fine not less than $250.00 but not more than $1,000.00, or imprisoned for not more than 48 hours in jail, or both (the Court may substitute attendance at a victim impact panel instead of 48 hours in jail);
2) Attend and complete an alcohol safety education program within 1 year;
3) Surrender his or her driver’s license and obtain a new driver’s license that is restricted to the operation of vehicles equipped with an ignition interlock device.

This ignition interlock system must be used for a period of 90 days. Failure to obtain an ignition interlock system and restricted license will result in a license suspension for 90 days. The person convicted of the first offense DUI bears the cost of the ignition interlock and its installation, and must also pay monthly fees for monitoring and calibration. The law will have a penalty for anyone caught blowing into the device for another person, and devices will contain further anti-circumvention features.
As mentioned above, the new law introduces more than just harsher punishments and mandatory ignition-interlock use. The ability to non-adjudicate a first offense DUI has also been expanded. Nonadjudication refers to a process first-time offenders can use to avoid a conviction. During nonadjudication, a judge will accept a plea of guilty, but will not enter the plea, allowing the offender to complete court-ordered conditions. Upon completion of the conditions, the earlier guilty plea is put aside, and the judge will order the case non-adjudicated.
A person is eligible for nonadjudication only once. A qualifying first offense is one where the breath test was not refused unless the court provides written findings on why nonadjudication is being allowed where a breath test was refused. A court will order a person seeking nonadjudication to:

1) Pay the nonadjudication fee;
2) Pay all fines, penalties, and assessments that would have been imposed for conviction;
3) Attend and complete an alcohol safety education program as provided in Section 63-11-32;
4) Install an ignition interlock device on every motor vehicle driven by the person, obtain an interlock restricted license, and maintain that license for 120 days; failure to obtain an interlock restricted license will result in a 90 day driver’s license suspension;
5) Obtain from the interlock vendor proof that the person has not had violations of an ignition interlock device.

Other conditions to be imposed by the court may include, but are not limited to, alcohol or drug screening, or both, proof that the person has not committed any other traffic violations while under court supervision, proof of immobilization or impoundment of vehicles owned by the offender if required, and attendance at a victim-impact panel. The court may enter an order of nonadjudication only if the court finds, after a hearing, that the offender completed all conditions imposed by law and the court.
Finally, the new law allows eligible minors and first offense DUI offenders the ability to expunge their record of the conviction (though it eliminates the eligibility for holders of a commercial driver’s license). Any eligible person must wait at least 5 years after the successful completion of all terms and conditions of the sentence imposed for the conviction before petitioning the court for expungement. Expunction is further eligible only to those:

1) Who did not refuse to submit to a test of his or her blood or breath;
2) Whose blood alcohol concentration tested below (0.16%) if results are available;
3) Who has not been convicted of and does not have pending any other offense of driver under the influence; and
4) Who has provided the court with justification as to why the conviction should be expunged.

If you have been charged with driving under the influence, or if you have any further questions regarding Mississippi’s new DUI laws, please contact Doug Hollowell and Holcomb Dunbar Law Firm at 662-234-8775.