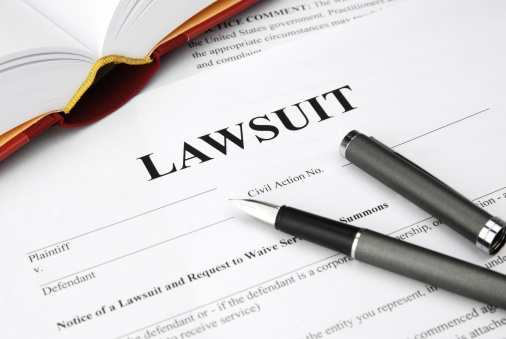 You’ve Been Served with a Complaint 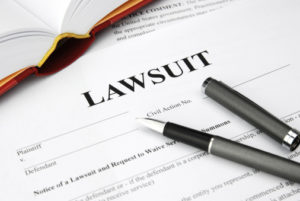 First, don’t panic.  Complaints are filed every day.  And there are few barriers to filing one.  Anyone can craft a complaint and file it.  What matters now, is how you respond.

A civil action will begin with a Complaint or sometimes a Petition or Declaration.  Those documents are typically served by a process server or deputy sheriff.  The summons will provide a date to respond, or sometimes a specific court date for you to appear in court.  Don’t ignore these dates.

Complaints must be “answered” within a specific time which is governed by the court’s rules.  By answering you can assert your side of the allegations and there may very well be defenses that can cause the lawsuit to be dismissed at this stage. In addition, there may be a related counterclaim that you may be required to assert at this stage or waive that opportunity.

Failing to timely answer may cause a default judgment to be entered.  This effectively means you lose before ever defending yourself.   For example, you receive a complaint claiming you owe $10,000.  You have undeniable proof that you paid the entire sum.  A default judgment would likely be entered for the entire $10,000 and you could be liable to pay the entire amount again.

After the complaint is served and the answer is filed, in most cases, “discovery” begins.  At this stage, the parties gather as much information about the allegations and defenses as possible. Here, each side serves written questions and requests copies of any supporting documents from the other side.  In addition, the parties may depose one another as well as witnesses.  A deposition is an informal questioning session, somewhat like what you might see in court that is transcribed by a court reporter.  However, the evidentiary rules are usually very lax to allow the parties to fully explore the testimony and allegations that may ultimately be offered at trial.  However, not everything learned in the discovery phase is admissible at trial.

Around 95% of civil lawsuits settle before trial.  After the completing discovery, the parties and their attorneys often have a good idea the appropriate result.  Usually the parties will want to discuss settlement.  However, even with the discovery it is common to seek the help of a neutral mediator to assist the parties to reach a resolution. A mediation is a meeting held with all the parties in a single location.  The mediator will shuffle between the parties attempting to broker settlement.

At some point between completing discovery and trial, one or more of the parties may seek to dismiss the case by a motion for summary judgment. Such a motion is an effort by a party to show that based on the discovery that that a party does not have enough facts to support one or more of their claims at a trial.  If the court agrees with the motion the case will be dismissed or at least some of the claims or defenses may be dismissed.  This is called a partial summary judgment and when this happens, only the surviving claims will proceed to trial.

The trial is the part of a lawsuit that most people are familiar with from movies and television.  Though they are rarely as exciting as movies portray.  Trials can be either before single judge or jury.  It depends on the type of case and the court where the case is filed.  In either case, the evidentiary rules will apply and all testimony and evidence must meet these standards before presented at trial. This can be frustrating at times as some evidence may never be admitted at trial that was freely discussed during discovery.  And, of course, at the end of the trial the judge or jury will decide the issues and a judgment will be entered.

Once a judgment is entered, the parties may appeal seeking an appellant court’s review.  The typical appeal seeks a review of how a particular law was applied to the facts presented at trial.  However, changing the ruling on appeal is rare.  Moreover, an appeal can take several years before the issues or finally reviewed.

If you’ve been served with a complaint, consult with an attorney as soon as you can.  Lawsuits are expensive and taxing on the persons involved.  Addressing the issues directly and early can lead to substantial savings for all involved.