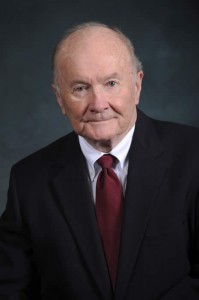 Holcomb Dunbar law firm is deeply saddened to announce the passing of its co-founder Jack Dunbar.

Jack was the consummate professional, remarkable for his generosity, wit, wisdom and an unmatched passion for the law. Jack Dunbar was a trusted advisor and mentor to many, influencing so very many lives, both personally and professionally.

Jack graduated with honors from Millsaps College. He enrolled at Georgetown Law School but later transferred to The University of Mississippi School of Law where he received his J.D. degree. As a law student, Jack served as a member of the Mississippi Law Journal and President of the student body.

Over the course of his legal career, Jack Dunbar earned a reputation as one of the most respected trial lawyers in the state. He has been included in every issue of The Best Lawyers in America since that publication’s inception. He has also been named as one of the fifty top lawyers in Mississippi by Mid-South Super Lawyers.

Jack’s professional achievements garnered numerous awards and accolades throughout his career, including the Mississippi Bar Foundation’s 2010 Professionalism Award. Considered the Foundation’s highest honor, this award is given to an attorney whose life, practice and service display outstanding character and integrity.

We extend our heartfelt condolences to Jack’s family and friends. We have lost a dear friend, mentor and partner. He will be deeply missed, but warmly remembered by everyone who knew Jack Dunbar.

At Jack’s request, there will be no funeral or formal memorial service; instead, Jack desired that his friends and family gather for a celebration of his life, which is presently planned for New Year’s Eve in Oxford from 4-7 pm. Further details will be made available through the Holcomb Dunbar law firm, 662-234-8775 or Dunbar Monroe law office, 601-898-2073.

In lieu of flowers, donations may be made to the Oxford Lafayette Humane Society, 413 McElroy, Oxford, MS 38655 or the UM Foundation—Jack Dunbar Scholarship Fund, 406 University Avenue, Oxford, MS 38655.