Skip to content
Last modified by Jonathan Masters - 1 year ago 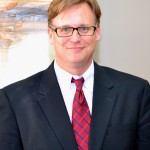 Josh’s primary areas of practice are in civil litigation, workers’ compensation defense and insurance defense. He is admitted to practice in the U.S. District Court, the Northern and Southern Districts of Mississippi, and the U.S. Court of Appeals Fifth Circuit. While in law school, Josh worked as an assistant to the Public Defender at the Rankin County Youth Court.

He was born in Atlanta, Georgia in July of 1975. Josh received a performance scholarship to attend the University of Mississippi where he was awarded a B.A. in Theater in 1997. He received his J.D. from Mississippi College School of Law in 2004.

Josh is a Partner on the Yokonapatawpha Arts Council. He is involved in community theatre and fine arts programs in and around Oxford. Josh enjoys playing golf and spending time with his wife Nicole, his son Russell and his daughter Macy.