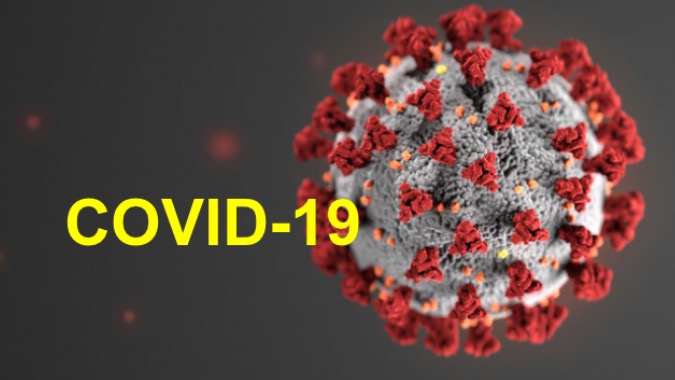 With numerous COVID-19 court orders in effect across Mississippi and Tennessee, Holcomb Dunbar has attempted to collect links to the orders and rules in place as we continue to navigate the Coronavirus and its impact on our clients.

The following orders and statements have been issued:

Local Rules of Court — Updates from courts across Tennessee are being posted to the Administrative Office of the Courts website.

Federal Courts & State Courts Across the Nation – Law360 has a roundup of new policies in effect at federal courts and other state courts across the nation.

4th Judicial District Circuit Courts – Judges in district have signed a standing order that reduces to zero the bond required for nonviolent unsentenced individuals charged with a misdemeanor offense or those arrested for a felony technical violation of the rules of probation. The Citizen Tribune has more.

Chattanooga City Court – The court will not hear cases from March 16-31. The city court clerk’s office will remain open during regular business hours to answer any questions and to accepts payments. Any person who has been cited to court during these two weeks will be notified of a new court date by the clerk’s office.

Davidson County Circuit Court, 7th Circuit – The court has announced temporary procedures now in place during this health emergency. For the latest updates, see this document, which will be updated as needed. Judge Randy Kennedy also has issued two blanket orders regarding the court’s Probate Masterand Special Master.

Davidson County General Sessions Court – The court has approved an abbreviated docket schedule from March 16 to April 9. The only dockets open will be felony & misdemeanor jail, domestic violence jail, orders of protection and emergency psychiatric committals. A determination will be made before April 9 whether to continue this schedule. UPDATE: Effective March 18, the following procedures will apply to all jail dockets.

Davidson County Circuit Court Clerk – The office will remain open on a limited basis but person-to-person interaction will be limited.

Davidson County General Sessions (civil) and Traffic Violation Bureau – A drop box will be available outside the offices for filings and payments. Please call before leaving payments. Payments may also be made online.

Executive Office for Immigration Review – Immigration courts in a number of locations, including Memphis, Louisville and Atlanta, are closed through April 10. All non-detained hearings, including merits hearings, are postponed through April 10. Detained cases will be heard as scheduled. Follow updates on Twitter or Facebook or the office’s website.

Hamilton County Circuit Court Clerk’s Office – The clerk announced March 18 that the office is going back to an 8 a.m. to 4 p.m. schedule but with reduced staff (clerk staff will be working alternate days to reduce the number in the office by at least half on any given day). The office had been closing at 2 p.m. for the last few days. Fax filing fees also will be waived. Chattanoogan.com has the news.

Hamilton County General Sessions Court – The court has announced that all non-essential court cases will be put on hold for now. Defendants who are on bond, including traffic cases, alleged victims and witnesses will be notified of the new court date. Read the civil and criminal court orders. The office also is rescheduling eviction cases for April or later as dockets reach capacity. Delays will be mitigated by scheduling dockets for every day of the week rather than just Mondays. Eviction proceedings will be scheduled for 8:30 a.m., 10:30 a.m. and 1:30 p.m. with no more than 10 cases on each docket to minimize how many people are in court at any given time, Judge Christie Sell told the Chattanooga Times Free Press.

Hamilton County Juvenile Court – For the remainder of March, the court will only hear emergency child safety cases and constitutionally required matters. Non-emergency matters will be rescheduled. Chattanoogan.com has more details. UPDATE: Effective March 20, the court will accept filings via email to JuvenileCourtFilings@hamiltontn.gov. Get more information and instructions here.

Jefferson County Circuit Court – According to court clerk Kevin Poe, parties to cases in Jefferson County are encouraged to utilize the public search option at www.jeffersoncircuit.com to search for cases and check court dates. Dates will be reset if they fall between the restricted dates set by the Supreme Court.

Knox County Chancery, Circuit & Sessions Court Clerks – Clerks’ offices will remain open during regular business hours. Court users are urged to limit their visits and file by mail or fax. Mail checks for any filings that require a payment. Further information is available online or by calling 865-214-2400.

Knox County Circuit Court – Since orders of protection are an exception to the Supreme Court order prohibiting in-person hearings, the court intends to proceed with those cases to the greatest extent possible. Priority will be given to cases that have recently been filed and ex parte orders of protection that have been granted.  If not contacted directly by the clerk’s office, petitioners and respondents should call the court clerk the Tuesday before the Thursday their case it set to determine whether it will be heard.

Knox County Criminal Court – The court adopted an order on March 16 governing its docket for the time period covered by the Tennessee Supreme Court order limiting in-person hearings and set a schedule for presiding judges.

Knox County Juvenile Court – The court will hear emergency cases only. Only the parties to these cases will be permitted in the building and only while their case is being heard. Child support will conduct bond hearings only. There will be no in-person visitations at the detention center.  There will not be any evening events or meetings, including no mediation or traffic school. The Foster Care Review Board hearings scheduled for April 7 have been canceled. The clerk’s office will be operating daily but with limited staff. Child support payments can be made online, by phone at 844-324-3856 or by mail to TN Child Support, P.O. Box 305200, Nashville, TN 37229. Email or call 865-215-6414 with questions about filings or proceedings.

Lookout Mountain Municipal Court – The court clerk’s office is suspending in-person operations but will be available via phone, fax and email during regular business hours. Payments may be made through the mail to P.O. Box 111, Lookout Mountain, TN 37350; by email; or by calling 423-255-6278. Chattanoogan.com has the news.

Madison County Courthouse – The courthouse will be closed for two weeks starting April 1. The Chancery Court will remain open with limited proceedings. Read more in the Jackson Sun.

Marshall County Clerk’s Office – The office remains open at this time but individuals are encouraged to call with questions and make payments online instead of in person.

Memphis City Court – The court has announced several changes, including excusing anyone 60 or older from court dates, establishing a missed court docket and altering the dress code to allow face masks, gloves and protective goggles in court. The Daily Memphian has the story.

Nashville Sheriff’s Office – Sheriff Daron Hall has halted all evictions and service of other civil papers. Exceptions include: orders of protection, child custody orders, protection of the elderly and vulnerable persons and emergency mental health orders.

Shelby County General Sessions Civil Courts – The courts will be closed for in-person hearings from March 13 to March 31 except those related to mental health cases, which will be held at the Memphis Mental Health Institute as usual. The Daily Memphian reports that civil court cases have been reset for May 4 through May 19.

Shelby County Criminal Courts – Effective March 16, general sessions (criminal division) and criminal courts will be resetting court dates for all defendants who are out of custody. The courts will continue to handle certain non-trial matters during this time for defendants who are in custody. UPDATE: New dates were announced on March 16 and published in the Daily Memphian. UPDATE: District Attorney General Amy Weirich announced March 30 that all April jury trials and court dates for general sessions court (criminal division) and criminal court involving those who currently are not jailed will be canceled. The Commercial Appeal has more. UPDATE: The Daily Memphian reports that criminal court cases in divisions 1-10 have been reset for May 1 to May 18.

Shelby County Drug Court – The Daily Memphian reports that drug court cases for April have been reset for May 19 to June 16.

Spring Hill Municipal Court – The city of Spring Hill has closed its municipal court, according to the Tennessean.

Tennessee Court of Workers’ Compensation Claims – Beginning the week of March 23, each office will perform settlement approvals by phone only. Expedited and compensation hearings and mediation sessions will continue as scheduled. The appeals board oral argument set for March 24 in Knoxville will take place but will set aside the in-person requirement. Read more from the court. UPDATE: Phone numbers for telephonic settlement approval hearings were posted on March 18.

U.S. District Court for the Eastern District of Tennessee – The court issued an order March 16 that it will remain open for business subject to certain limitations. However, it will postpone any civil or criminal jury trials scheduled between March 16 and April 24. Grand jury proceedings in Greeneville and Chattanooga will be suspended until April 24 but the grand jury scheduled for Knoxville on March 17 will continue as planned. The order also calls for non-essential activities to be canceled and includes limitations on those who can enter the courthouse. The court issued an additional order on March 25 allowing Criminal Justice Act (CJA) Panel Attorneys to submit interim vouchers for compensation so long as the voucher exceeds $500 and is not submitted within two months of a prior interim voucher in the same matter.

U.S. District Court for the Middle District of Tennessee – The court issued an order March 16 postponing civil and criminal jury selections, grand jury proceedings and jury trials between March 17-30. Criminal matters scheduled before magistrate judges will continue to take place but the judge may choose to conduct the proceeding remotely. Individual judges may continue to hold hearings, conferences and bench trials at their discretion. Attorneys or parties who are sick or in a high-risk category can request their case be rescheduled. No public naturalization ceremonies will be held until April 30. The clerk’s office, U.S. Probation Office and other court services will remain open. In a separate notice, the court announced new policies regarding courthouse access. Get those details here.

U.S. Supreme Court – The court announced it is closing to the public beginning March 12 at 4:30 p.m. until further notice. All public lectures and visitor programs also are temporarily suspended. However, the building will remain open for official business and case filing deadlines have not been extended. Read more in Bloomberg News. UPDATE: The court on March 19 extended filing deadlines for cert petitions for 150 days, rather than the usual 90 days, and providing that other extensions may be granted if the pandemic is the reason for the delay and the length of time requested is reasonable. ABA Journal has more. UPDATE: The court has postponed all oral arguments scheduled for its March session (March 23-25 and March 30-April 1). It will hold its regularly scheduled conference on March 20 and issue its regularly scheduled order list on March 23. UPDATE: On April 3, the court postponed its April argument session. SCOTUS Blog has the story.

Virginia State Supreme Court – The court declared a judicial emergency on March 16, suspending all circuit and district court proceedings and all deadlines for a period of 21 days.

Williamson County Traffic Court – On March 12, Court Clerk Debbie Barrett said traffic court will close for the next two weeks. Those needing to pay fines can do so online or by phone. Those needing another court date should call the clerk’s office. The Tennessean had the announcement.