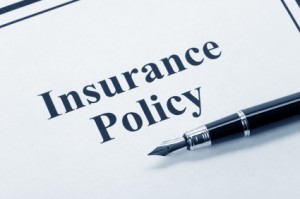 UPDATE:  Mississippi Governor approved and signed this bill into law earlier this week.  It will go into effect on July 1, 2015.

During this year’s legislative session, however, the Mississippi legislature addressed this ruling by amending the Motor Vehicle Safety Responsibility law to clarify that the law was indeed intended to allow exclusions to apply even to the mandatory minimum coverage limits.

Although the named driver exclusion varies from state to state or even policy to policy, it is typically a clause in your automobile policy that excludes all coverage to a specially named driver that has access to the insured vehicle. These are fairly common to today’s policies.

At the same time, however, Mississippi law requires liability insurance at least to certain minimum limits for every motor vehicle operated within the state.

The Court held that “[o]ur statutes create an absolute requirement for liability insurance up to the statutory minimum.” Justice Dickinson, writing for the majority, explained that the mandatory liability insurance requirements applies to vehicles, not owners or operators. In other words, no matter who is driving the car, the car must at all times be covered for at least minimum limits. In very broad language, the Court commented that “automobile insurers are not fee to escape the statutorily required minimum-liability coverage simply by inserting an exclusion of their choice–no matter how well-reasoned– into their policies.”

Moreover, the Court recognized that the logic of this ruling could extend to all exclusions that reduce the available coverage below the minimum limits. However, the Court simply said the issue was not before them, while conceding “it does showcase a problem that suggests additional analysis.”

Most recently, both Houses of the Mississippi Legislature passed a bill that permits all such exclusions. The bill adds the following language to the Motor Vehicle Safety-Responsibility Law, “[l]liability insurance required under this paragraph (j) may contain exclusions and limitations on coverage as long as the exclusions and limitations language or form has been filed with and approved by the Commissioner of Insurance.”  The bill would go into effect July 1, 2015.

AN ACT TO AMEND SECTION 63-15-3, MISSISSIPPI CODE OF 1972, TO 1 PROVIDE THAT LIABILITY INSURANCE REQUIRED UNDER THE MISSISSIPPI 2 MOTOR VEHICLE SAFETY-RESPONSIBILITY LAW MAY CONTAIN EXCLUSIONS AND 3 LIMITATIONS ON COVERAGE AS LONG AS THE EXCLUSIONS AND LIMITATIONS 4 LANGUAGE OR FORM HAS BEEN FILED WITH AND APPROVED BY THE 5 COMMISSIONER OF INSURANCE; AND FOR RELATED PURPOSES. 6
BE IT ENACTED BY THE LEGISLATURE OF THE STATE OF MISSISSIPPI: 7

SECTION 1. Section 63-15-3, Mississippi Code of 1972, is amended as follows:
63-15-3. The following words and phrases, when used in this 10 chapter, shall, for the purposes of this chapter, have the 11 meanings respectively ascribed to them in this section, except in those instances where the context clearly indicates a different meaning:
(a) “Highway” means the entire width between property lines of any road, street, way, thoroughfare or bridge in the State of Mississippi not privately owned or controlled, when any part thereof is open to the public for vehicular traffic and over 18 which the state has legislative jurisdiction under its police 19 power.

(b) “Judgment” means any judgment which shall have become final by expiration, without appeal, of the time within which an appeal might have been perfected, or by final affirmation on appeal, rendered by a court of competent jurisdiction of any state or of the United States, upon a cause of action arising out of the ownership, maintenance or use of any motor vehicle, for damages, including damages for care and loss of services, because of bodily injury to or death of any person, or for damages because of injury to or destruction of property, including the loss of use thereof, or upon a cause of action on an agreement of settlement 30 for such damages.
(c) “Motor vehicle” means every self-propelled vehicle (other than traction engines, road rollers and graders, tractor cranes, power shovels, well drillers, implements of husbandry and electric personal assistive mobility device as defined in Section 63-3-103) which is designed for use upon a highway, including trailers and semitrailers designed for use with such vehicles, and every vehicle which is propelled by electric power obtained from overhead wires but not operated upon rails.

For purposes of this definition, “implements of husbandry” shall not include trucks, pickup trucks, trailers and semitrailers 41 designed for use with such trucks and pickup trucks.
(d) “License” means any driver’s, operator’s, commercial operator’s, or chauffeur’s license, temporary instruction permit or temporary license, or restricted license, issued under the laws of the State of Mississippi pertaining to 46 the licensing of persons to operate motor vehicles.
(e) “Nonresident” means every person who is not a resident of the State of Mississippi.

(g) “Operator” means every person who is in actual physical control of a motor vehicle.

(h) “Owner” means a person who holds the legal title of a motor vehicle; in the event a motor vehicle is the subject of an agreement for the conditional sale or lease thereof with the right of purchase upon performance of the conditions stated in the agreement and with an immediate right of possession vested in the conditional vendee or lessee or in the event a mortgagor of a vehicle is entitled to possession, then such conditional vendee or lessee or mortgagor shall be deemed the owner for the purpose of this chapter.

(l) “Department” means the Department of Public Safety of the State of Mississippi, acting directly or through its authorized officers and agents, except in such sections of this chapter in which some other state department is specifically named.

(m) “State” means any state, territory or possession of the United States, the District of Columbia, or any province of the Dominion of Canada.