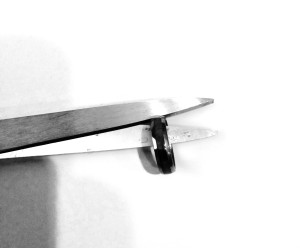 Mississippi is one of only a handful of states which still allows this type of action. The gist of this claim is interference with the marital relationship that changes one spouse’s attitude toward the other. Several years ago, the Missouri Supreme Court included a brief history of the claim:

“In order to ensure pure bloodlines and discourage adultery, the early Germanic tribes provided that men were entitled to payment from the wife’s lover so that the husband could purchase a new spouse. As successors to the Germanic tradition, the Anglo-Saxons also provided a cause of action for men to recover for another’s interference with the marital relationship. The basis for this cause of action was that wives were viewed as valuable servants to their husband. Later, early English common law established two causes of action, enticement and seduction, which are the precursors to the modern day torts of alienation of affection and criminal conversation. The purpose underlying both causes of action was to vindicate the husband’s property rights in his wife.”

Lead by New York in 1864, nearly every state adopted alienation of affection claims. However, as women’s rights were equalized from a legal perspective, the original justification for this form of claim faded. Starting in 1935, this action has now been abolished in all but Hawaii, Illinois, North Carolina, New Mexico, South Dakota, Utah, and Mississippi. Ironically, Mississippi was among the first state to recognize women’s property rights when in 1839 it adopted the Married Women’s Property Act that allowed married women to own property and manage property apart from her husband. Nevertheless, claim remains

So, how exactly can someone be liable under this action? Mississippi provides three elements that must be proven. Those are: (1) wrongful conduct by an accused; (2) loss of affection between the spouses; and (3) proof that the wrongful conduct in fact caused the loss of affection. Most actions surround a suit against a person with whom a spouse had an affair. Interestingly, broadly interpreted these elements could support a claim against a husband’s hunting buddy if the hunting trips caused the breakup of the marriage. There is no requirement of a sexual relationship.

And how common are these types of actions? Just this week the Mississippi and West Virginia Supreme Court each addressed alienation of affection claims. Mississippi’s action involved golf professional John Daly’s ex-wife and you can read that the full opinion here.

The West Virginia opinion confirmed that these types of lawsuits are indeed not valid there including a related claim called “criminal conversation” which is essentially a damages claim for adultery.