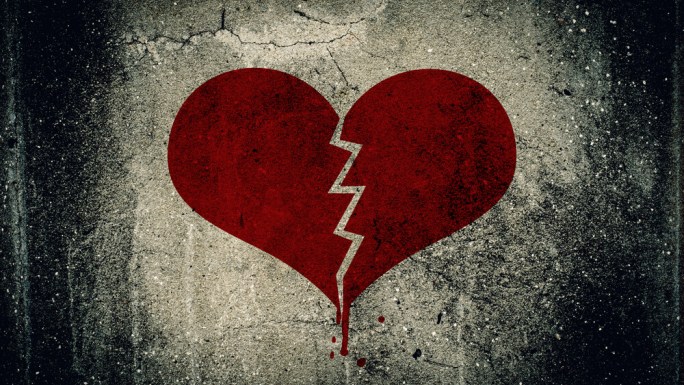 Valentine’s Day is upon us. For some, it’s the time of love and romantic gestures. For lawyers, however, it is more often a time for lawsuits.

Cases range from foul messages graffitied on lover’s cars with strawberries and chocolate to one lover gnawing off another’s tongue. Lovers’ legal quarrels can be particularly nasty and some lawyers seem to keep finding new ways to spoil Valentine’s Day.

One young woman in Ohio was charged with attacking her boyfriend over his failure to get her a Valentine’s gift. The boyfriend was so frightened he barricaded himself in a room to hide. Unperturbed, the woman then got a knife and “began cutting the door in an attempt to get to the victim.” Police arrived before she had the chance to succeed.

Another man in Boise, Iowa was not so lucky. He filed a lawsuit after having a particularly stunning Valentine’s Day. What started as a valiant effort to “patch up a relationship” escalated when his girlfriend called a friend asking them to bring someone over to beat him up. Instead, the friend called the police—who promptly tasered him right in the crotch upon arrival. The man sued and won on grounds of excessive force and violation of his Fourth Amendment rights.

An Illinois woman was charged with aggravated domestic battery after she chomped off her boyfriend’s tongue as he tried to kiss her. According to prosecutors, the woman and her boyfriend of 10 months had just returned home after a Valentine’s Day date when things got ugly. After a heated argument in which the woman insisted that her boyfriend leave, he made the mistake of instead trying to kiss and make-up—and she gnawed off a “large portion of his tongue.” Although he placed the severed tongue in a bag of ice and went to the hospital, the tongue could not be attached due to inadequate blood supply.

Even those who brave the holiday solo are not immune from legal entanglements.

After trying to dine alone on Valentine’s Day, a woman’s $100,000 lawsuitagainst a Northeast Portland restaurant made international headlines. The woman represented herself in the lawsuit, describing how she was “devastated” by how she had been treated.  Claiming she was ignored by the staff and “not getting any services,” the woman demanded a public apology and $100,000 in damages. It is unknown what she actually got, however, since she signed a confidentiality agreement as part of a settlement with the restaurant.

If you are going to celebrate Valentine’s day, it may be best to do it outside of work.

Sometimes even seemingly good intentions can go very wrong when handled poorly. Take the case of a secretary who received a Valentine’s Day card from her boss that read “But somehow it seems only right To say, today of all days, You’re someone close in thought and heart, Not `now and then,’ but always.” When the secretary complained about the card, a human resources officer warned her she may be penalized and lose some vacation days as a result of her complaint. A lawsuit was soon to follow.

An employee of an auto parts retailer did not know what he was in for on Valentine’s Day when he gave his female supervisor a stuffed animal, a box of chocolates, and a greeting card with a questionable message. Set to the tune of the Rolling Stone’s song “Let’s Spend the Night Together,” the  outside of the card read  “It’s Valentine’s Day! What do you say we put on some soft music . . ..” and the message inside continued “. . . and nothing else,” depicting a room with a bed and with undergarments strewn about the floor. After being demoted for violating store’s sexual harassment policy, he filed suit claiming he was instead the victim of harassment. Despite arguing he had been set up by the supervisor after she had allegedly demanded that he give her a Valentine’s Day gift, the court begged to differ and ruled against the employee.

Staying away from Valentine’s Day gifts at work altogether may be the smarter move.

One airline employee had been warned at the start of her job she would be exposed to profanity because employees “did not know how to act around female coworkers.” That turned out to be quite an understatement. Following multiple instances of lewd jokes and pornographic photos filling her desk, the employee received a large red Valentine card reading, “On Valentine’s Day, remember—candy is dandy … but sex won’t rot your teeth! So what do you say!” The card’s recipient said it had created an extraordinarily hostile, sexually poisonous work environment. The court disagreed, knocking out the case for failing to rise to the level of “outrageous” conduct.

Two days later, the plaintiff emailed the president and told him she wouldn’t meet with him. The president responded with another extensive overture:

… you treated me as a piece of trash over the weekend … I got you beautiful flowers—2 dozen long stem roses with baby breath and fern all around it, by the way it was beautifully arranged and huge—that Sunday but it didn’t reach its owner, so I threw it away and my personal feelings towards you got thrown away along with it. From now on, I’m nothing more than your employer as you’re nothing more than an employee … I guess that’s what it should have been always.

Despite heated arguments and strongly worded briefs in lawsuits over everything from gifts of Valentine’s Day cookies to jewelry, many other cases have ultimately resulted in dismissal.

Valentine’s Day candies, too, have faced their own share of disputes among corporations. After realizing chocolates were no longer the sweet deal they once were, regulators began investigating allegations of price fixing among candy makers across the globe.

International investigations into leading chocolatiers sparked several American lawsuits accusing the world’s biggest chocolate companies of violating antitrust laws. The chocolatiers were finally vindicated when the dismissal was upheld by a U.S. Court of Appeals judge in 2015.

5. Patent Your Heart Into It

The most famous Valentine’s Day patent has little to do with the holiday beyond the shared date. On Valentine’s Day in 1876, Alexander Graham Bell and Elisha Gray independently raced to the Patent Office to file for patents on their telephone inventions. As history tells us, Bell made it first—receiving one of the most valuable patents ever issued. Gray, on the other hand, slipped into relative obscurity.

That is not to say that Valentine’s Day themed ideas have failed to infiltrate intellectual property law. In fact, the patent and trademark system is full of them. From heart-shaped pepperoni slices and slices of cheese hearts to a broken heart shaped funeral urn.

In the age of Instagrams and Snapchatting, the heart-shaped hand symbol known as the “hand heart” has become a common gesture of love among performers, social media aficionados, and teenage girls.

In what could only be construed as a way to somehow rival Taylor Swift’s trademark obsession, Google patented the heart gesture for use with Google Glass. The gesture allows users to hold the hand heart in front of any objects, so the gadget automatically recognizes the object, takes a picture, and sends it to social networks as an already “liked” image.

The technology behemoth is not the only one who has laid claim to the gesture. Footballer Gareth Bale applied to register a picture of the heart gesture with the number 11 as a trademark in the UK Trademark Office in connection with “clothing, footwear, and headgear,” as well as other merchandise suitable for souvenir sellers. The trademark was projected to make him up to £3 million a year.

Even the lawyers who don’t find themselves embroiled in legal disputes have found ways to boost their business around Valentine’s Day. From free divorces to prenup specials. A legal marketing firm even suggested that lawyers use Tinder to advertise their law firms, though no lawyer appeara to have adopted the idea as of yet.

One can only imagine all of the new lows lawyers will reach by next year.